In the 1980’s Henry Rempel decided to go into business for himself. Looking mainly at the cities of Prince George and Edmonton, Henry saw value there and started purchasing land and apartment buildings. At that time, he became known as the person to sell property to. In the early 2000’s all the Alberta land and properties were sold, and Henry’s focus became solely on BC. Soon land and properties were acquired in Nanaimo, Parksville, Courtenay, Chilliwack Mountain, Prince George, and Fort St. John. Now in the later stages of his life, the management of the Rempel properties and land is done throughMCC Legacy Trust.

The nine apartment buildings in Prince George and the one in Courtenay managed by MCCLegacy Trust total 503 apartment units, in 22different buildings. Over the last few years, a systematic plan of renovation and maintenance has been put in place by MCC Legacy Trust. Not wanting to dislocate renters, the renovations have been mostly exterior, roofing, common areas and the vacant suites. These plans contribute to an overall enhancement of the properties and by extension, the surrounding neighbourhoods.

‍Summit Apartments were renovated in 2019/20.The seventeen vacant suites were renovated, as well as all the siding, roofing, plumbing and common areas, with the work done by local subcontractors. The parking lot and Boundary Court Road were repaved to finish off the project. The renovation of the building has created an upgrade of the entire building.

Hardwood Manor’s renovation required a complete overhaul. By January 2022, over 50% of the suites were vacant and the remaining tenants were asked to vacate and offered to be relocated. Working with the City of Prince George to upgrade the Queens way area; the entire building has been gutted and renovated by local contractor Belledune Homes Ltd. Completion of this renovation project is expected by the summer of 2022.

Mountain View Apartments is located in Courtenay on Vancouver Island. Just recently, a local resident of Courtenay was brought in as the new manager of the building. With this change, a renovation program has been initiated, beginning with the manager’s office.

The apartments under MCC Legacy Trust’s management are regularly screened for any future renovations. This ensures the continued success of adding value to the neighbourhoods where these buildings reside. Currently Pinegrove Apartments have done common area renovations, as well as exterior renovations on one of the two buildings. As suites become available, they will be renovated to a favourable standard of living. A future major renovation is that of Venice Place which is slated to begin in 2023.

Beyond renovating, the management plan consists of having an effective maintenance plan. All buildings have updated fire plans, on-site safety plans, snow removal and landscaping upkeep.

MCC Legacy Trust oversees the management of the apartment buildings but works in tangent with the local managers of the individual buildings. The goal is to be surrounded with like-minded, competent, and hard-working people.

Each of the buildings has either a centralized management team or an individual manager who lives and works in the building. All the management, staff and MCC Legacy Trust operate as a team. Working together as colleagues; the needs of the tenants and the overall concerns of the building are discussed, and repairs, maintenance and renovation plans implemented.

Having partnerships and relationships with trusted people is very valuable. It’s one of the things MCC Legacy Trust strives to work within. One of the business tenants in the Skyway Plaza building has known Henry Rempel for years, and they personally handle all the snow removal from around the building. While there is always plenty of work to be done, it’s the overall higher goal that motivates people; that the work done contributes to the local and global mission work of the MCC.

As well as managing apartment buildings, MCC Legacy Trust manages industrial properties and is in the industrial development business.

Skyway Plaza is a 20,000 sq. ft. commercial building in Fort St. John that’s under MCC Legacy Trust’s management. Its 8 units were prime real estate for businesses, but the exterior was weather worn and lacked appeal. MCC Legacy Trust desired to partner with a local construction company, and so the exterior of the building was renovated by Haab Homes. A fresh look rejuvenated the leasable space, and now 7 of the 8 units have been leased and managed through a local realtor.

Springhill Road, located just outside of Parksville on Vancouver Island, is 100 acres of developable industrial land. In Phase One of the plan for this land 25 acres have been zoned and are under development and has been sold out. Servicing of Phase One will occur in the second half of 2022. The subdivision application has been now been submitted for Phase Two with 10 lots comprising 50 acres.

Sitting in the heart of Nanaimo is the East Wellington industrial land. MCC Legacy Trust is working closely with the City of Nanaimo in the development of this high-profile site. Planning has begun carefully on these 69 acres with close proximity to the urban area.

Prince George Global Logistics (PGGL) is 2,200 acres of land located adjacent to the Prince George airport. This industrially designated land represents a significant percentage of the future industrial base for Prince George. The first subdivision of 10 lots was created nearby Highway 97 with 8 of the 10 lots now sold.

Boundary Road was developed by Henry Rempel as the major connector road between Highway 97 and Highway 16. The City of Prince George sought the construction of this road for decades. Henry made it happen.

PGGL is entirely designated as industrial land and, represents one of the largest solely owned large tracts of industrial land in British Columbia. It will take many years to fully develop. In the interim, 670 acres have been leased to a local farmer, PH Perry & Sons Ranch, for hay cultivation. This lease is another example of the mutually beneficial partnerships for Legacy. Currently, MCC Legacy Trust is working to create a subdivision of 20 acres of PGGL land to create three 6.5 acre lots. The land has been rezoned, the subdivision application has been submitted and the 3 lots have firm sales. Subdivision application has been submitted to the city for the next phase of development.

What started out as a business idea has now become an expansive, diverse property and land portfolio. Henry Rempel had the initiative, and years later MCC Legacy Trust and local businesses and individuals have come alongside to manage these properties on behalf of Henry. By partnering together with like-minded businesses, Henry's properties will fulfill Henry's purpose through MCC to help the poorest of the poor for generations to come. 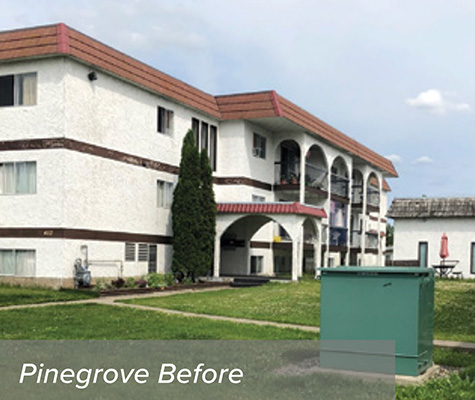 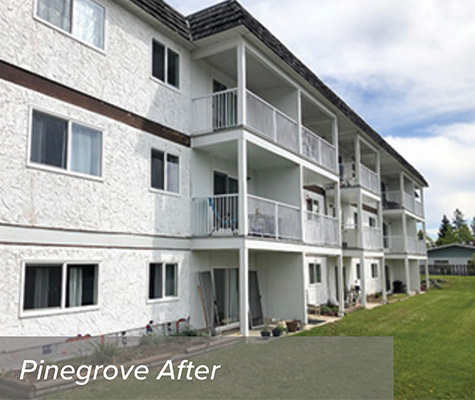 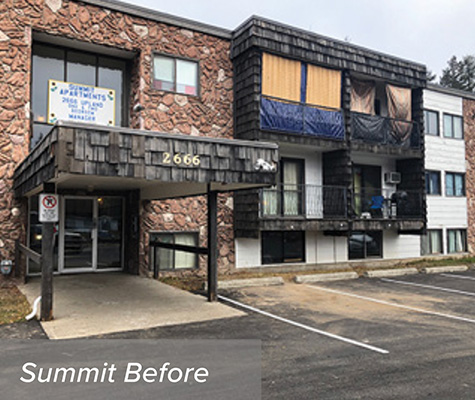 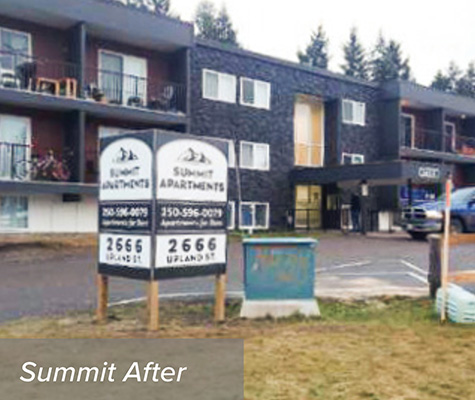 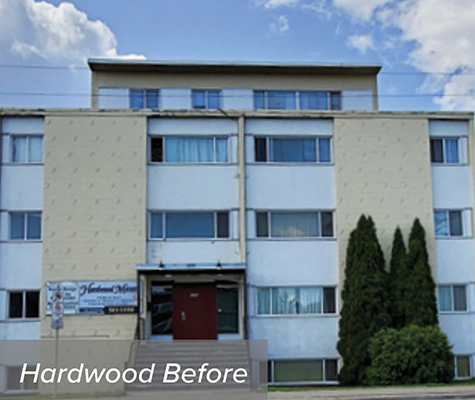 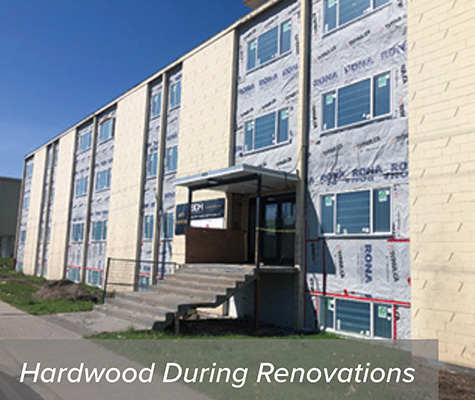 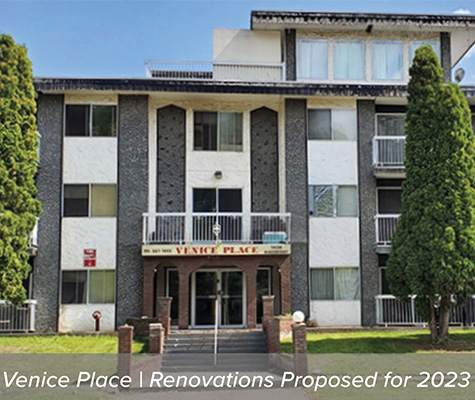 A Legacy Of Entrepreneurial Compassion 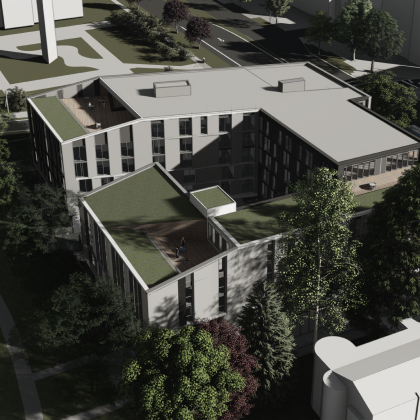 The Impact Of Shared Vision